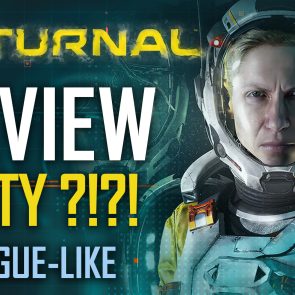 In this Returnal Review and Impressions article we’ll take a look at then new Sci-fi Rogue-Like developed by Housemarque and published by Sony Interactive Entertainment. This title is the first PS5 exclusive that is not a remake. So, will Returnal help Playstation move more units of their latest console? Read on to find out.

In Returnal you play as Selene, an astronaut who crash lands on the planet Atropos after her ship is badly damaged. As you explore the planet, which appears to contain the remnants of an ancient alien civilization, you will soon come to the terrifying realization that you are trapped and cannot escape. 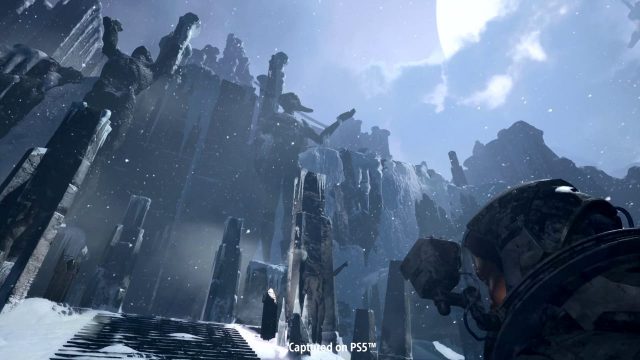 Stuck in some sort of time loop anomaly, each time you die you relive the crash landing again, and begin your journey of discovery on Atropos anew. With nothing but a strange sense of Deja Vu, and the logs stored in your ship’s computer, which remain seemingly unaffected by the anomaly, you must piece together what is happening by following the clues left by “former versions” of yourself.

This, in my opinion, is where Returnal really separates itself from most other Rogue-Like titles, many of which don’t focus on their story as much as they do their gameplay. In Returnal the story and setting are so compelling that it feels like reading a good book, or binging a show on Netflix. Playstation exclusives have historically had some of the best storytelling in the business, and Returnal is no exception.

Returnal combines a third-person shooter, with rogue-like elements, to create a unique blend of gameplay that I honestly cannot say I’ve ever experienced before. Most of the elements are immediately familiar to those who play either genre, but let’s discuss the combat and Weapons first, before we jump into the rogue-like side of things.

Returnal is a fast paced third-person shooter, with less emphasis on precision combat, and more focus on speed and mobility. That is to say that you won’t be covering behind objects, but instead will be running around at lightning speed as you avoid enemy projectiles and attacks, using the verticality of each area to your advantage when you can. 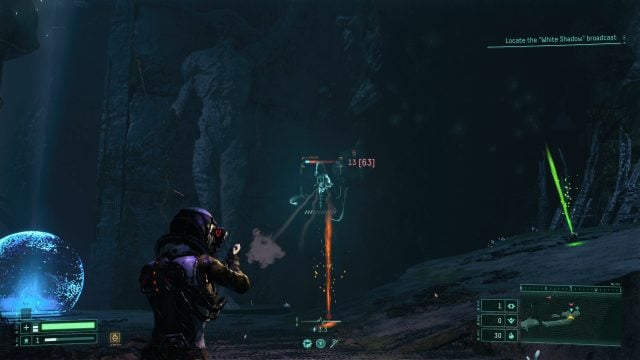 You’ll use a combination of Weapons, melee attacks and dodging to dispatch groups of enemies that are somewhat randomly determined. The more enemies you kill without getting hit, the more Adrenaline you gain.

Adrenaline provides you with better and better passive benefits like increased melee damage or more Obolite to purchase Consumables should you stumble upon a Fabricator. The kicker is that if you should get hit, your Adrenaline drops back to 0 and you must build it back up again in order to regain these benefits.

The Weapons of Returnal are really the star of the show in the combat department, and there are around a dozen or so in the game. Each Weapon not only has its own feel to it, like most shooters, but they come with random Alt-fire modes, that operate much like Ultimate Abilities in other games. These are very deadly, but they have long cooldown, so using them at the right time is key. 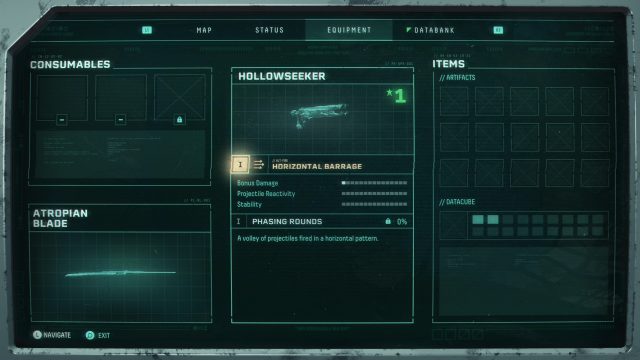 As you gain more Weapon Proficiency you will acquire higher tier Weapons that have randomly improved stats, as wells as random weapon-specific Traits. For example, you can find Weapons with higher Bonus Damage or more Stability, and you can also find Weapons that fire energy waves when they shoot, or ones that put a damage over time effect on your target.

The combination of all of these together makes for some interesting combat, combat that never feels exactly the same on each attempt, really leaning into the rogue-like aspect of the game.

What I particularly enjoy about Returnal is that there are enough weapons, Alt-fire modes and Traits that you never get bored, but there are not so many that you never feel comfortable with them. There is a perfect balance that makes every attempt feel doable, yet different every time.

Because Returnal is a rogue-like, each time you die you will begin the game again, losing most of your progress. You will retain certain equipment you’ve acquired, like your melee weapon, some technology and a few key items, but all your Weapons, Weapon Proficiency and Consumables will be gone. 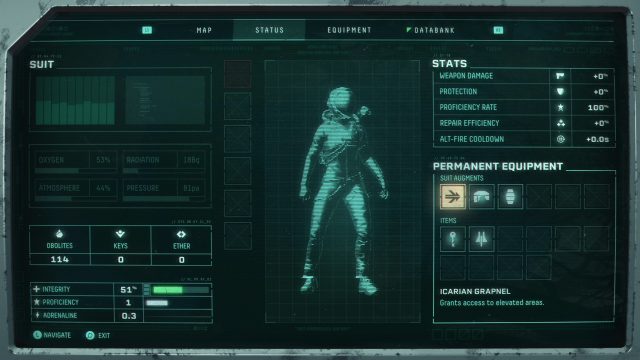 The areas of the game will also randomly shift when you respawn, so you won’t know what you will face when you head back into Atropos again and again. You will still explore the different biomes in roughly the same order, they just won’t be arranged in the same manner as before.

What really blew my mind about how this was done was two things. First, after 30 plus deaths so far, I’m still finding things in the very first area that I’ve never seen before. And second, Returnal was designed in a way that you cannot explore specific areas in earlier biomes without the technology discovered in later ones. This means future attempts are far more interesting, as you gain more and more access to each piece of the puzzle.

Another thing that I also love about Returnal, is that while you lose most of your progress when you die, there are milestones that when reached save you tons of time. For example, once you reach the summit in the second biome you will unlock a gate that ports you up there much earlier in the biome, no matter the lay out. This means you can skip half the biome if you want on subsequent attempts.

On the audio front, Returnal has stellar voice acting and top notch sound effects that will keep you emerged and engaged the entire way through. In fact, as you become more familiar with the game, you can start to get a sense of what’s in the next room by the noises you are hearing, which is fantastic. 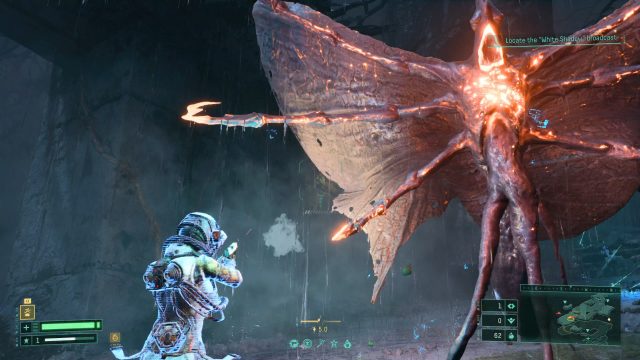 As far as the music of the game goes, it is quite good and definitely gives Returnal a Sci-fi vibe, though I wish there was a tad bit more. You do get some heart pumping music during combat, but I felt Returnal could have used even a touch more of this, or maybe louder volume to really jack you up.

Visually, Returnal is a feast for the eyes, running at 4k at 60 FPS on Playstation 5. Because of the high speed of combat in many cases, and how fast your character moves, Returnal would not be playable at 30 FPS in my opinion, so this is essential.

I had exactly one notable framedrop the entire time I’ve played, meaning Returnal plays buttery smooth and you should have absolutely no worries about this whatsoever.

From a technical standpoint, I had one game breaking bug that froze my application, forcing me have to start a my run again, because Returnal does not save your progress if close the game. And, I noted one area that had a visual bug in the corner. That was literally it. Two bugs.

Returnal will provide most players between 30-50 hours of gameplay, depending on their skill level, patience, and how much they want to explore. As I mentioned, as you progress the game, certain areas open up to you in previous zones, that provide not only more gear, but also more lore and explanations of what is happening on Atropos. 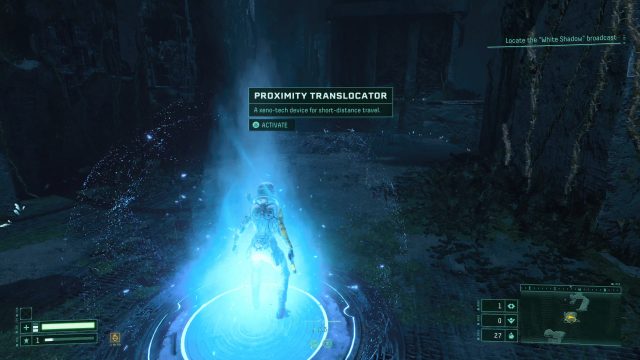 Some players may not want to do this, but I feel most players will, so I think a larger portion will lean towards the 50 hours side of things. That is exceptional value in my opinion, for such a high quality game.

Beyond this, Returnal does have daily challenges and leaderboards for those who want to attempt runs in different ways. One day it might be playing through the game with no melee, but more ranged damage. The next it might be you gradually heal over time, but you cannot use healing items.

This does add a certainly replayability to the game, though I don’t know how much, because I do feel most players will probably play one complete playthrough and be done. Time will tell, but at least there is something for you to do after finishing, which is more than some rogue-likes.

Returnal was neither a game I was looking forward to, or knew too much about before playing this past week. I’m generally not a fan of rogue-like games, but Returnal has changed my perspective completely. And, while I enjoyed Hades immensely “for a rogue-like game”, I simply enjoyed Returnal. Full Stop. 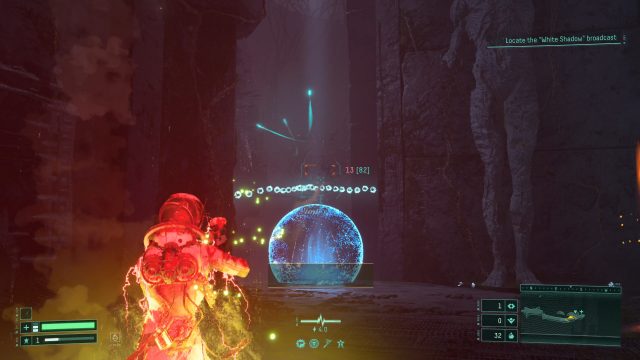 This is not something you expect from many games these days, and ones with strong narratives tend to take a backseat to mechanics or multiplayer in order to sell more units. Returnal is proof that superb writing can still be achieved while incorporating fun, challenging gameplay, and raises the bar for future titles, particularly on Playstation 5.

Returnal is game that transcends genres, allowing it to speak to a broader audience across the entire gaming stratosphere. For some Returnal will be the game they hoped it would be, but for others like myself, Returnal will be an experience they will never forget. If you own a Playstation 5, this is a must buy game.

If you enjoyed this review be sure to check more in Nier Replicant Review Impressions and Monster Hunter Rise Review: Better Than World.