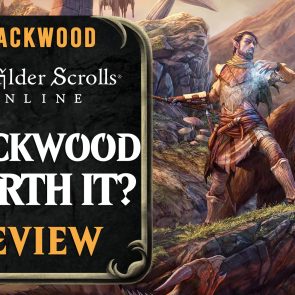 Zenimax has unleashed their latest expansion for The Elder Scrolls Online: Blackwood. It brings with it an exciting new feature that could be a game-changer for this MMORPG: Companions. Not only does the expansion add a new area to adventure, but a new main story line, new trial, world events and more. In this review we will talk about the new additions and what we thought of ESO’s 5th expansion.

The story follows the schemes of the Daedric Prince Mehrunes Dagon, taking place some 800 years before the events of The Elder Scrolls IV: Oblivion. Four ambitions are scattered across Tamriel, and it’s your next adventure to find them before anyone else does. Gathering them would mean possessing the power of Oblivion, and your job is to prevent those who might try to wield this terrible power from succeeding by getting to them first. 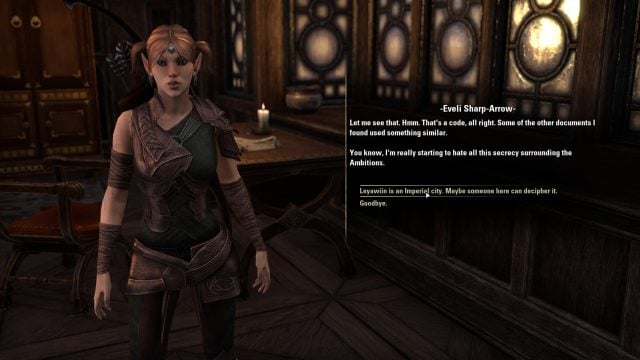 Elder Scrolls Online Blackwood weaves a tale that spans across the region, with plenty of mystical powers to witness and some surprising twists. The story is solid for this chapter, with memorable characters especially Eveli Sharp-Arrow who you will either love or hate by the end of it, but nonetheless provides substantial sidekickery, and at times comical commentary. There are some returning characters as well, which makes the story feel somewhat like a meeting of old friends, or friends that could kill you but won’t as there are other pressing matters. Intrigue, clues and murder are all in the cards, making Blackwood’s narrative an enjoyable chapter and addition to The Elder Scrolls Online universe.

Adding the ‘Oblivion’ into the Gates of the Oblivion content, Oblivion Portals are a new addition with Blackwood. While they might seem similar at first to Dark Anchors, Abyssal Geyers or Harrowstorms, Oblivion Portals don’t operate in the same way. They spawn randomly in Blackwood and they are not marked on your map. They may not even spawn in the same spot twice. This adds a sense of adventure to the expansion as you don’t know when they will pop up, making a more “in the moment” experience that will probably lead to you being sidetracked once or twice to say the least. 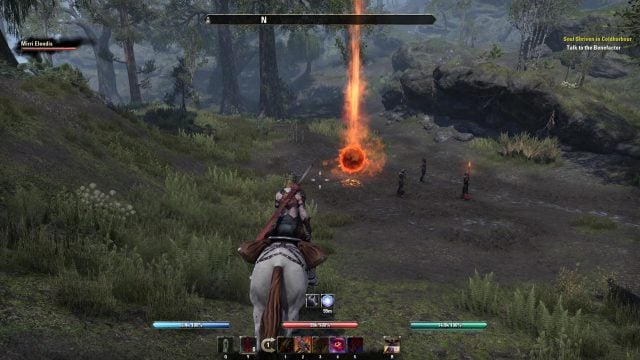 Once you enter the portal you are transported to the Deadlands, in a sort of long-running dungeon in which you can dive deeper and deeper to fight further enemies and bosses, to gain access to chests. At the end is the final boss where you will be faced with spawning enemies and lots of fire damage. Since I experienced this solo on the PTS, it was a great way to test out my companion, and yes it took a bit of trial and error to work out the best strategy to keep my companion alive. You have the option to go in further through portals, which makes the experience quite different from what we’ve seen before, a sort of mix between delve, dungeon and Harrowstorms. 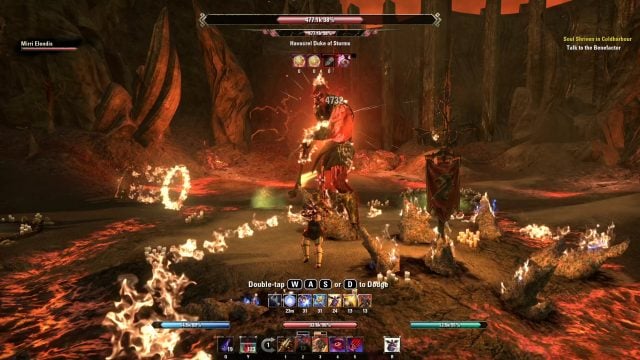 Oblivion Portals fit right into the expansion, adding a little variation in content. However, with these portals only popping up now and again, it also makes the region of Blackwood feel a little sparse as you don’t see them marked on the map.

Companions are an exciting new feature that means you won’t ever have to fight alone with exception of solo arenas and PVP. ZOS introduced two companions to accompany you this expansion, but what’s interesting about them is that they can even travel with you to other regions, not just within Blackwood. We had some experience with Companions when we previewed Blackwood earlier this year, but spending more time with Companions this time round, there was a lot more to uncover in how these new allies will fare in different types of content. 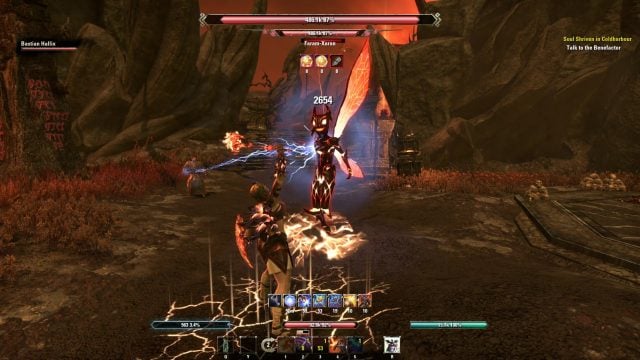 You can recruit two of them known as Mirri and Bastian, and each has their own introduction quest which gives a little background of why these new characters will follow you into battle. What makes them great for exploring and solo content is that they can fill a role that can complement your playstyle. For example in case you’re leveling a tank and need some DPS in your corner, or if you simply need an ally to set up a bit of a distraction so you can go ham with the damage. You can only summon one at a time, but you can customize their armor, weapons, and skills.

Companions are by no means perfect, they do not replace players and they are not meant to. They simply stand in, provide a little company by commenting here and there, and ultimately mean you don’t have to explore Tamriel alone. If you are an antisocial at heart, like me, then you will surely enjoy this addition to The Elder Scrolls Online.

Making them a little less 2-dimensional, Companions also have likes and dislikes. For example Bastian will not favor you stealing, but Mirri on the other hand doesn’t have qualms about you murdering as long as you don’t get caught. Doing things that they do not approve of will chip away at your Rapport with them, and a sour relationship means they may just unsummon themselves or become unavailable for a period of time. The better rapport you have with them, the more personal side quests you will be able to unlock in the region.

Either way, Companions do change combat, and it will be very useful for those who are leveling new characters or alts who might need a little help in areas that their character may not cover skills-wise, and you can also arrange their skills to best suit your needs. There is also an Ultimate that you can command for your ally to use which is useful from time to time, as all their other skills are activating on their own simply determined by the order you put them in on your Companion’s Skill Bar. 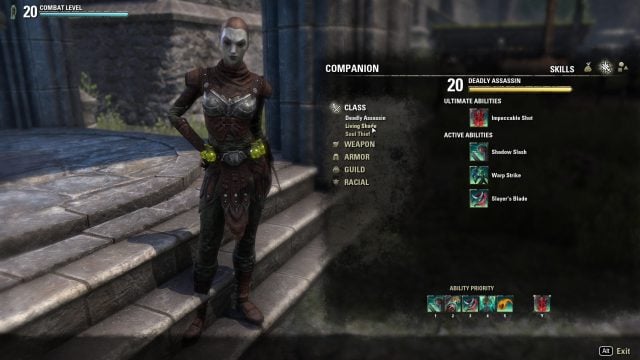 Companions can slot different four different skills and one ultimate on their Skill Bar.

Skills available are dependent on which Companion you pick, for example, Bastion has more of the Dragonknight skill line while Mirri has more Nightblade, but as they can use any weapon they have access to all weapon skill lines. This makes them pretty flexible in the roles they can play, whether they are full DPS, Tank or Healer or a hybrid, opening a number of build possibilities. 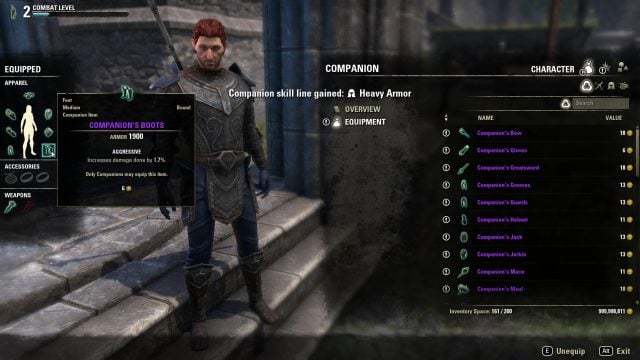 Just like your character, Companions also have their own gear, which can be found in the same way as you would obtain normal gear from killing bosses and out in the world. But they cannot be crafted, and those with unique traits will need to be found. They come with different gear traits which can be used to complement their role and you can trade them with other players. The downside is that Companion Items will take up your inventory space, so if you thought you had inventory management issues before, you certainly will now. But the good thing is that you don’t have to worry about item level or repair costs, unlike your own gear.

Companions are Not Perfect

Companions will die, which means you may spend some time resurrecting them, just as you would another player, which can be annoying as they tend to stand in things like spikes protruding from the floor. After a fight is over they will pop back up, so you won’t need to spend all your Soul gems in reviving them. It’s not ideal but as I said these AI friends are not perfect and will not replace a player.

Another gripe for Companions is that you cannot have a Merchant Assistant or Banking Assistant out at the same time, as they now fall under the Allies category. This is only a minor complaint as it might be a little confusing if you had say a Merchant, Companion and non-combat pet following you, as things would look a little crowded.

Both Mirri and Bastian come with their own perks. Mirri’s Expertise means Treasure Chests found both through Treasure Maps and Overland will have 30% more chance in containing additional loot such as recipes, gold and more. While Bastian’s Insight perk means potions looted from chests and monsters have a 30% chance of being improved by Bastian’s perk. While not essential, a little more luck in these areas is welcomed.

One thing you can always rely on for Elder Scrolls Online is the soundtrack, as per usual ZOS has done a great job with the score and it always complements the epic feeling of the adventure. Blackwood has some scorching scenes that are only enhanced by the music. 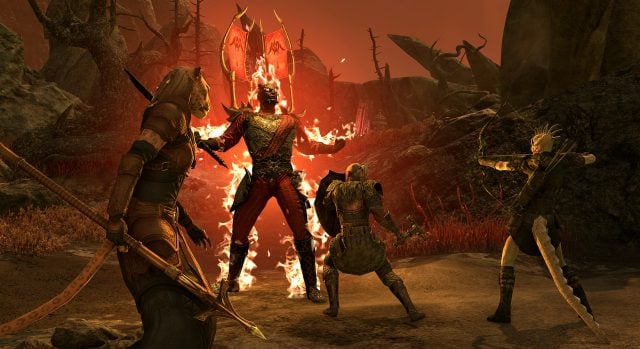 As for visuals be prepared for a very red-toned expansion, as the Deadlands and all things Oblivion are sort of a burnt hue. The area of Blackwood, while a tad nostalgic for those who experienced the Elder Scrolls IV: Oblivion, feels a little lackluster when compared to other expansions, such as the impressive Summerset or the unique looking Elsweyr. The region does what it’s supposed to do, re-imagining an iconic location, but is not the real focus of this expansion, which is the story.

That being said Leyawiin Castle is a sight to behold, and the Daedric Prince Mehrunes Dagon himself is a sight you won’t forget in a hurry. The visuals of hellish landscapes, portals and enemies are wonderfully depicted.

Be prepared to be stomped, meteored, screamed at, and to run for your lives, as the Rockgrove Trial does all this and more. From running from the floor is literally lava to taking massive amounts of damage, this trial will be a fun one to experience, full of mechanics and hard-hitting foes. 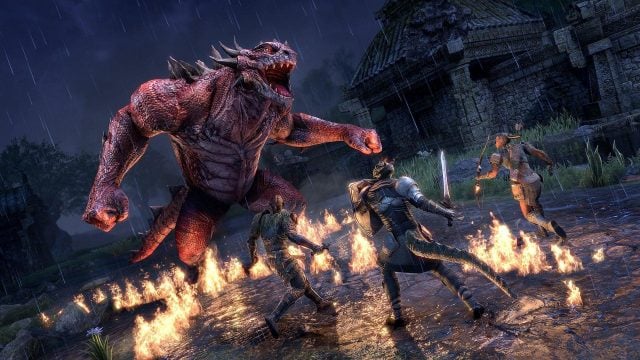 Bahsei’s Mania adds some great spell damage or spell critical with the full four piece set, plus added damage for non-player enemies with five pieces. Stone-Talker’s Oath also a light armor set adds magic recovery, affecting 12 players with magic recovery with 5 pieces. The medium set Sul-Xan’s Torment adds weapon critical while the heavy set of the bunch Saxheeh Champion affects up to 11 players when an ultimate is cast, gaining Major Force. Other rewards include new titles, new cosmetics such as markings, a new mount the Sul-Xan Fleshripper, and new dye.

Elder Scrolls Online: Blackwood is a great new addition to the ESO journey, refreshing some nostalgic Elder Scrolls locations with a new experience. The region has plenty to explore but may not be captivating for some. The stand out is the new Companion feature, which opens doors to what could be added in the future, new Companion characters or even new interactions with your allies. The possibilities are endless. The Oblivion Portals provide a different experience compared to previous expansions with the added mystery of where they will pop up next. 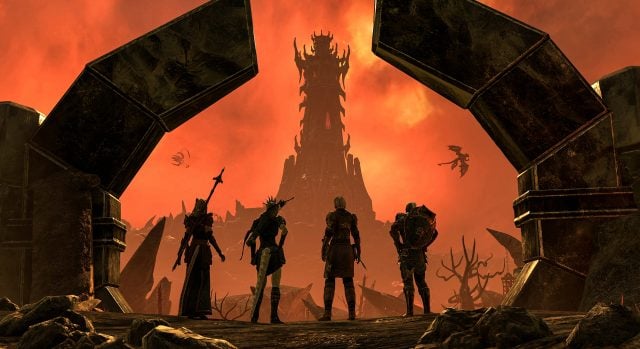 If you are looking for an exciting new story to dive into and the chance to explore Tamriel with new friends you’ll have a pretty good time with Blackwood. Companions add a whole new way to experience combat and adds plenty of customization. As for how this will fare when the servers go live with everyone’s companion following them around, we will have to wait and see.

Elders Scrolls Online Blackwood releases today for PC, and on Playstation and Xbox on June 8th.