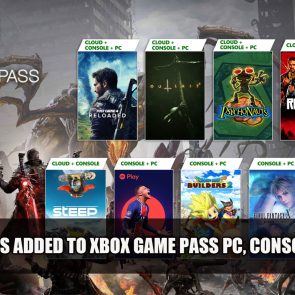 For the month of May, Xbox Game Pass is getting some new titles for both console and PC. In early May you will be seeing the addition of Outlast II, Steep, Final Fantasy X | X-2 HD Remaster, Red Dead Online, Remnant: From the Ashes and more.

There is also a number of updates coming to the game including Fallout 76: Locked and Loaded update which adds new C.A.M.P. slots, S.P.E.C.I.A.L. loadouts that offer quick swap skill, plus Daily Ops expansion with new combinations and game mode: Decryption.

You can check out the full list of games coming in May and their official descriptions below:

Get ready, because we have a huge batch of Perks set to launch tomorrow on May 4. Claim them in the Perks gallery before they’re gone!

The new Quests season launches on May 4 with a zombie theme along with double points for select weekly and monthly Quests. Plus, use the Force to sense a special one-day-only 4x Quest (or you can check Quests on your console or see all your Quests in the Xbox Game Pass mobile app!)

Here are a few of the Zombie 2x Quests launching on May 4:

For more news find it here in Konami Will Skip E3 2021 Due To “In Deep Development On A Number Of Key Projects” and Dragon Age 4 Concept Art Teases Grey Wardens.