The post Xuan-Yuan Sword VII Comes West this Summer on PS4 and Xbox One appeared first on Fextralife. 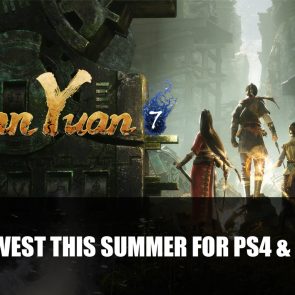 Xuan-Yuan Sword VII will launch on consoles PS4 and Xbox One this summer in the west.

Publisher Eastasiasoft and developers Softstar Entertainment, DOMO Studio, and Yooreka Studio have announced Xuan-Yuan Sword VII will be coming to platforms PS4 and Xbox One this summer 2021. The game will support English, French, German, Spanish, and Russian subtitle options. Physical editions will be available by Maximum Game in North America and Europe.

Xuan-Yuan VII first launched on PC via Steam worldwide, and for PS4 in Asia on October 29th which was followed by PS4 in Japan on December 10th. The game combines Chinese history and myth, with action combat. It follows the beginning journey for Zhao and Xiang’s adventure, full of dangerous enemies and a mysterious figure. Zhao must protect his sister from monsters and powerful demons. The game sets to bring action-combat with sword fighting with a real-time action system with Active Skills, Dodge, Block and Riposte.

You can check out the announcement trailer below:

Xuan-Yuan Sword VII is available on PC, and will be coming to PS4 as well as Xbox One in summer 2021.

For more news be sure to check out next Godfall Gets Rating For PS4 In Europe. Don’t miss out on a rundown of recent RPG news in Top RPG News Of The Week: April 25th (Amazon LOTR MMO, Pathfinder: Wrath Of The Righteous, Biomutant & More!).

The post Xuan-Yuan Sword VII Comes West this Summer on PS4 and Xbox One appeared first on Fextralife.